Due to the development of plastics and plastic molding industry, the quality requirement of plastic mould is more and more high, so the problem of plastic mold failure and its influencing factors have become an important research topic. The main working parts of plastic moulds are molding parts, such as convex dies, concave dies, etc. They form the cavity of plastic molds, which form various surfaces of plastic parts and are directly in contact with plastics, subjected to pressure, temperature, friction and corrosion, etc. 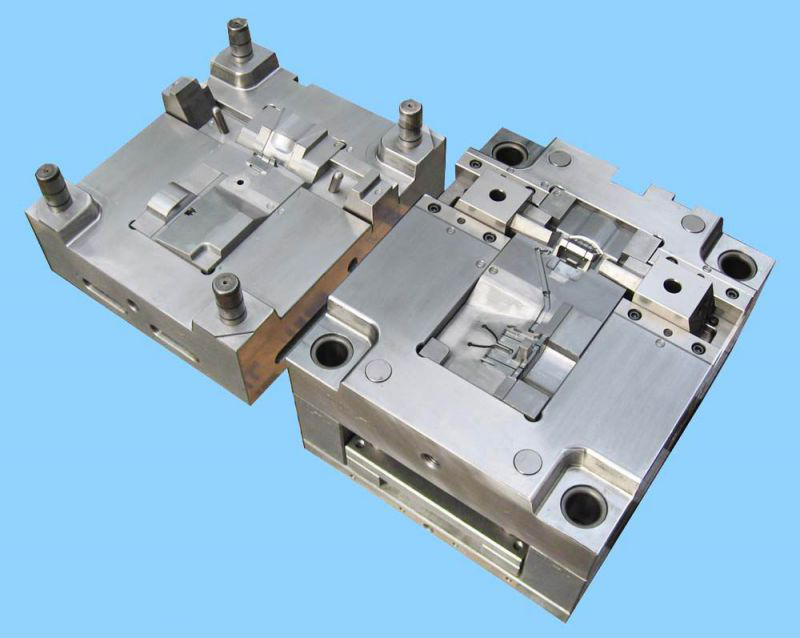 General mold manufacturing includes die design, material selection, heat treatment, machining, debugging and installation. According to the investigation, the material used and the heat treatment are the main factors affecting the service life of the die. From the perspective of total quality management, the factors that affect the service life of the die can not be measured as the sum of polynomials, but should be the product of multiple factors. The merits and demerits of mould material and heat treatment are very important in the whole mould manufacturing process. From the analysis of the common phenomenon of die failure, the plastic mould can produce wear failure, partial deformation failure and fracture failure during service. The important failure forms of plastic mould can be divided into wear failure, local plastic deformation failure and fracture failure.

Requirements for the performance of plastic mould steel:

With the rapid development of the manufacturing industry, plastic mould is an indispensable tool in plastic molding processing, and the proportion of the total mold output increases year by year. With the development and continuous production of high-performance plastics, the variety of plastic products is increasing day by day. Continuous expansion of the use of products to precision, large-scale, complex development. With the development of high-speed molding production, the working conditions of mould are becoming more and more complex.

The plastic melt flows in the mold cavity under a certain pressure, and the solidified plastic parts come out of the mould, which cause friction and wear on the molding surface of the mould. The root cause of plastic die wear failure is the friction between mould and material. However, the specific form and process of wear are related to many factors, such as the pressure, temperature, deformation speed and lubrication of the die. When the material and heat treatment used in the plastic mould are unreasonable, the surface hardness of the mold cavity is low and the wear resistance is poor, which is shown as follows: the dimension of the cavity surface is too bad due to wear and deformation, the roughness value becomes higher because of the drawing and the surface quality deteriorates. Especially when the solid material enters the mold cavity, it will aggravate the wear of the cavity surface. In addition, when plastics are processed, chlorine, fluorine and other components are heated to decompose the corrosive gas HC1 / HF, which causes corrosion and wear on the surface of plastic mold cavity, resulting in failure. The corrosion process will be accelerated if the coating or other protective layer on the cavity surface is damaged. The interaction of two kinds of damage accelerates the corrosion-wear failure.

The main reason of fracture is the structural stress, thermal stress or insufficient tempering caused by the structure and temperature difference. The residual austenite is transformed into martensite at service temperature, which results in local volume expansion. The structure of the mold is caused by stress. The working conditions of plastic dies are different from those of cold stamping dies. Generally, they have to work at 150 ℃ -200 ℃. Besides being subjected to certain pressure, they also have to bear the influence of temperature. Multiple failure forms may occur in the same mould, and multiple damages may occur even in the same mould. From the failure form of plastic mould, it is very important to select the plastic mould material and heat treatment reasonably, because they are directly related to the service life of the mould. Therefore, the following requirements shall be met for plastics mould steel:

1）  resistance to effect of heat

With the emergence of high-speed molding machinery, plastic products speed up. Because the molding temperature is between 200 ℃ and 350 ℃, if the plastic flow is not good and the forming speed is fast, the surface temperature of part of the mould will exceed 400 ℃ in a very short time. In order to ensure the precision and deformation of die, die steel should have high heat resistance.

As the use of plastic products expands, inorganic materials such as fiberglass are often added to plastics to enhance plasticity. Because of the addition of additives, the fluidity of plastics is greatly reduced, leading to wear and tear of moulds. Therefore, it is required to have good wear resistance.

The parts of plastic injection mould are often complicated and difficult to be processed after quenching, so the materials with good thermal stability should be chosen as far as possible.

The surface of the cavity is smooth, the shaping surface is required to be polished into a mirror, and the surface roughness is lower than Ra0.4 μ m, so as to ensure the appearance of the plastic pressed parts and facilitate the demoulding.

Corrosion gas may be released during the forming process to decompose corrosive gas, such as HC1HF corrosion die, which sometimes rusts and damages the die at the air channel opening, so the die steel is required to have good corrosion resistance.

Personalized customization of plastic mold has become the development trend

Engineers at a plastic mold manufacturing company say they are first tier suppliers to large auto parts companies, but since last year, they have received more and more customized orders for small plastic molds. When people think that there are more and more small…

The History of injection & Injection Molding

In 1868, Heyat developed a plastic material called celluloid. Celluloid was invented by Alexander Parks in 1851. Hyatt improves it so that it can be processed into finished shape. Hyatt and his brother Isaiah, in 1872, registered the patent for the first plunger injector….

Plastics In-House Engineering Capabilities
Most manufacturers get components and assemblies from a variety of vendors. It’s not cost-effective to produce these items in-house. However, your vendors don’t have to be just glorified warehouses that provide pieces of your products. A full-featured manufacturing engineering services partner…

Will the temperature affect the processing of plastic mold?

The reasons for the shortcomings in the processing of plastic parts are as follows:

How to do quality inspection for plastic mould?

According to the causes of bubbles, the solutions are as follows:
1) When the wall thickness of the product is large, the cooling speed of the outer surface is faster than that of the center part. Therefore, with the cooling process, the resin in the…

Where does the gas generated during injection molding come from? What are the hazards?

Injection mold is a technical work, and exhaust is also a more important problem, because hot gas is easy to be generated during molding and pouring. If it is not discharged from the mold cavity in time, it is easy to affect the quality…